Our guide to the best golf drivers for high handicappers, a must read for golfers who need their big stick to give them that little bit of extra help off the tee

There’s nothing more frustrating than seeing your first tee shot shoot into the rough, or sail off into the trees on the right.

The driver often sets the tone for the round and whilst the ‘big stick’ can be your greatest asset, it can also cause your scoring the most damage.

Fear not, as help is out there, and we’ve made your search easier by identifying the best golf drivers for high handicappers.

The following models provide that stability through impact which is so important for high handicappers, and lots of forgiveness so your bad shots aren’t, well, so bad.

Whilst larger head shapes – which they tend to be – might not offer the same levels of workability that better players demand, you’re less likely to worry about that when you stripe one down the centre of the fairway.

We’ve also provided links to the full video reviews so you can find out more about the technology involved and, crucially, watch how they performed in testing.

A 17g tungsten weight low and back in the head makes the Cobra King Speedzone Xtreme model a more forgiving package than the standard version.

It launches the ball higher and with more spin and is aimed at those golfers with slower than average swing speeds who want to optimize their launch conditions.

For golfers who are new to the game and possibly want to keep that spending a bit lower, the price is an attractive one.

Cobra’s ‘most forgiving model’ won’t set you back as much as a number of other models on the market, yet we found that it competed with the very best out there.

The Mavrik driver features an updated Flash Face designed by a super computer, and it helps promote fast ball speeds across a more expansive area.

Players who struggle with a slice – a common shot type amongst high handicappers – are likely to receive the help they need with this driver, because it features the most draw bias capability.

Not only is it easy to launch and long but you can tweak the weight positions to alter the flight.

The SIM Max sets up nicely behind the ball and appears more generous than the M6, which is something that will appeal to high handicappers.

That element of forgiveness is crucial for those golfers who don’t consistently find the centre of the clubface – and the Max version gives you more of that the the standard model.

This forgiveness has been made possible with an eight per cent larger face and a heavier Inertia Generator in the rear of the clubhead.

If your strike pattern is out of the heel or out of the toe then that extra forgiveness and higher MOI that you get from the SIM Max might be the way to go.

+ Premium looks
+ Solid feel off face
– Not the easiest to align

There are some excellent models on the market from lesser-known brands – and the Yonex Ezone GS is one of those.

This is an affordable, playable and adjustable driver which definitely warrants a hit, especially if you’re targeting a model that offers plenty of forgiveness.

The high-launching nature of the clubhead means it will likely work better for golfers with slightly slower swing speeds, who may also appreciate the slice-fighting capability of the moveable weight. Yonex is also a specialist in the graphite shaft sector, so you know the shaft will be perfectly tuned to perform with the head.

We were impressed with Cleveland’s Launcher HB driver – and this is a model that gets a big thumbs up, too.

Of specific interest to those golfers who struggle with a slice will be the slightly off-centre line where the crown drops down a level to encourage a closed face when used for alignment.

We found that off centre hits held their line well whilst also maintaining good distance, and although there is no adjustability, this is something that many golfers won’t be too bothered by.

It’s fuss free and wallet friendly – which is exactly what a lot of high handicappers will want.

Wilson Staff has gone about creating a driver to combat a slice, which gives golfers more distance and a stronger ball flight – and it’s done just that.

One of the ways this has been achieved is through a more upright lie angle and significant heel weighting, which encourages a square clubface at impact.

The lightweight feel might not suit everyone – the shaft weighs just 55 grams – but it should tick a lot of boxes for high handicappers and those with slower swing speeds. 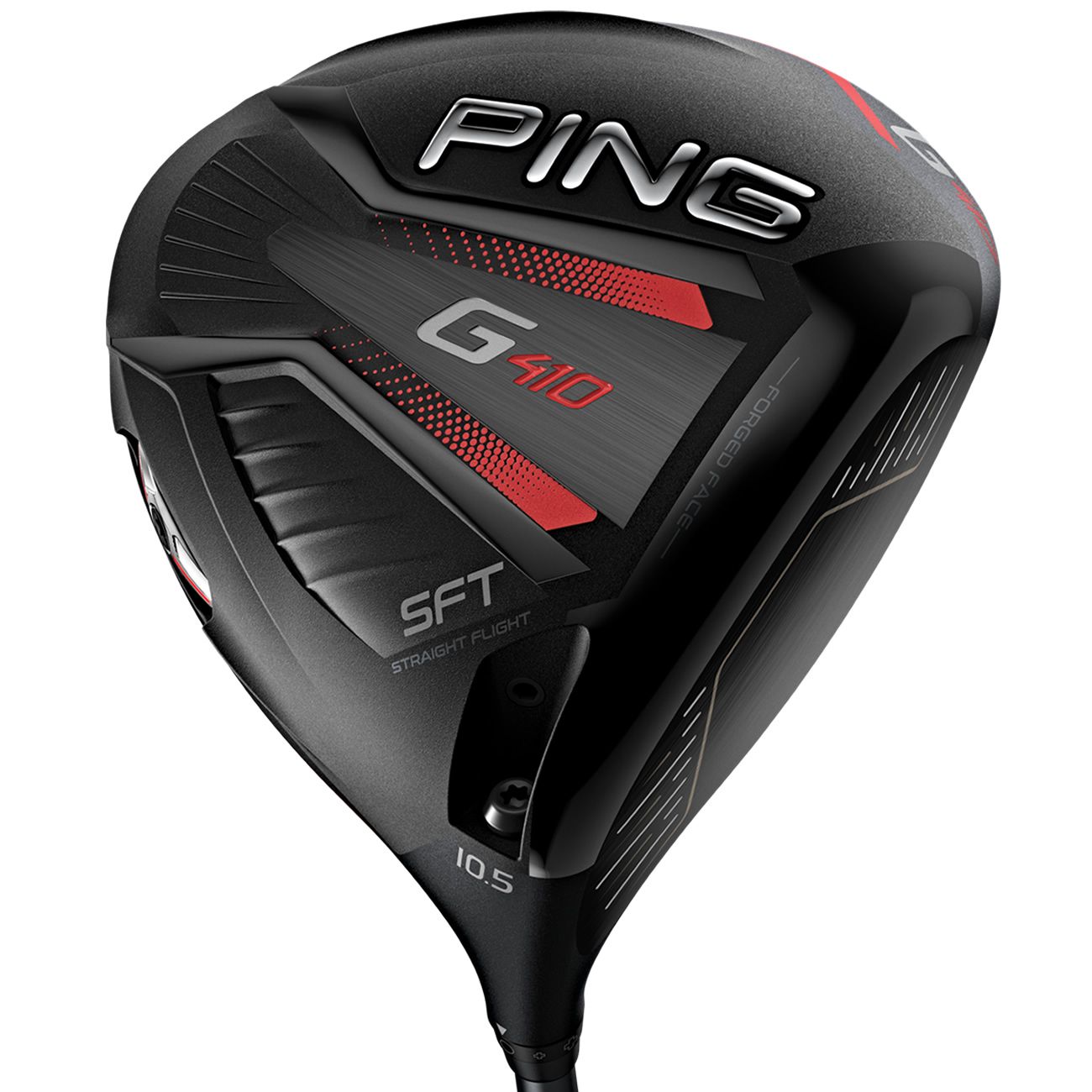 Maximum fade and slice correction is what high handicappers can expect from the Ping G410 SFT model, which performs in the same manner as the G410 Plus (review below).

This has been achieved with a fixed weight on the extreme perimeter of the head and 50 per cent more heel-side CG than the G400 driver, which ensures a straighter ball flight.

We think high handicappers will also like the way the head sits at address. Its ‘creased’ design and stiffening properties combine with Ping’s Dragonfly Technology to create a thin structure, saving weight to optimize the CG and increase forgiveness. 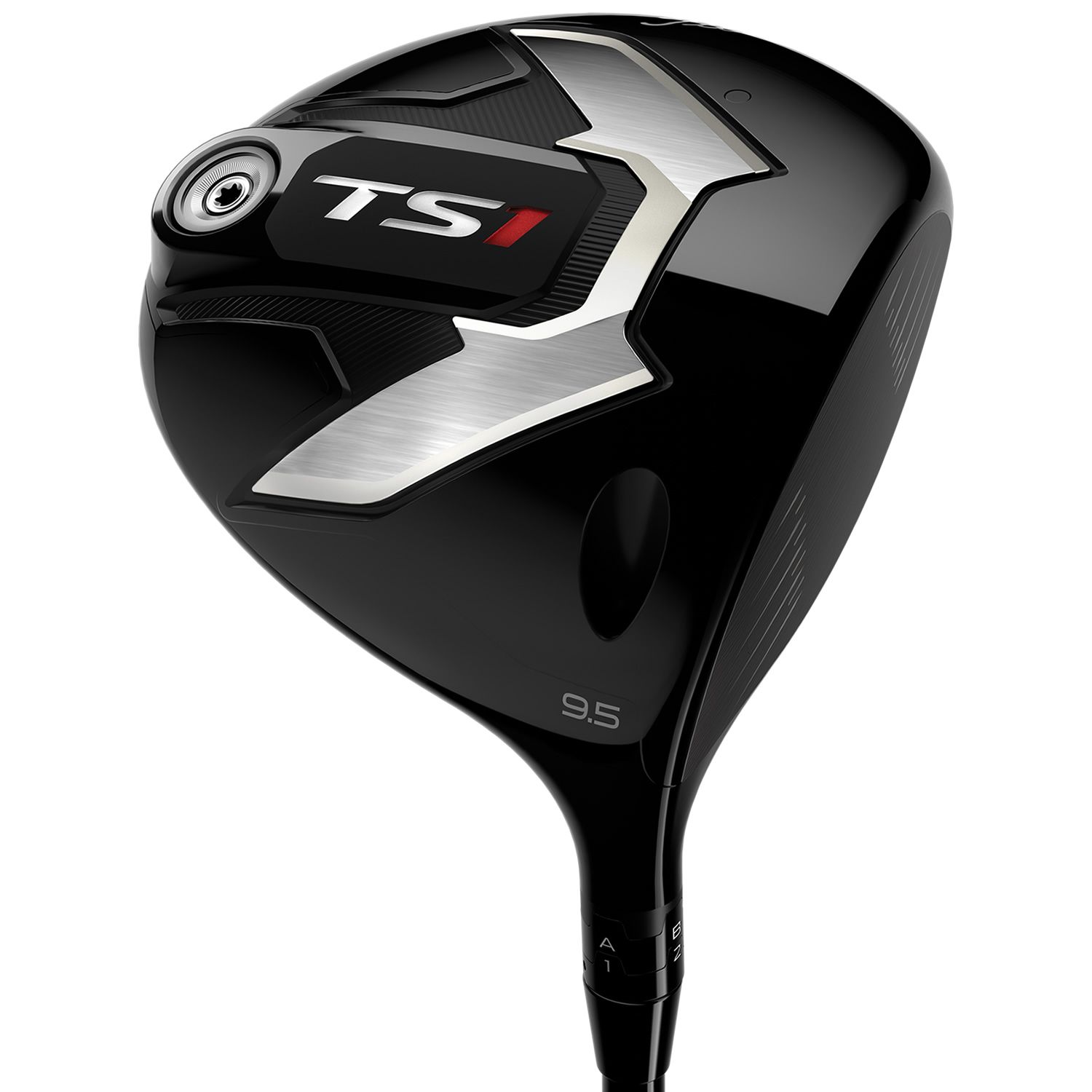 What’s interesting about the Titleist TS1 driver is that is targets a different player profile to most Titleist drivers – those with moderate swing speeds.

If you need a little more forgiveness and rely to high launch and increased spin to keep the ball up in the air for longer, here’s a Titleist model for you to try.

The TS1, which is noticeably more lightweight, also has an added built-in draw bias compared to the TS2, offering much-needed assistance to the far higher percentage of club golfers who struggle with a slice than a draw.

Honma’s XP-1 range has been designed for those golfers who need that confidence boost at address.

The clubs are built in easy-to-square, draw-biased designs that consistently deliver greater distance and forgiveness for those golfers in the high handicap category.

A feature that will also help that level of golfer are the ultra-lightweight, hand made Vizard shafts, engineered to provide more swing speed, a high launch trajectory and responsive feel.

Specifically, the XP-1 driver features an innovative Double Slot Sole across the club head, with a narrow slot in the centre that helps to deliver more consistent distance and accuracy off the tee.

There is also a primary eight-setting adjustment of Honma’s non-rotating hosel, where the spine of the shaft stays fixed in the same position while the sleeve spins to the required setting to deliver greater impact consistency.

It’s a technology-packed driver, but also an expensive one – although if price is no object then it’s one to consider.

The XXIO Eleven range, which encompasses woods, irons and putters, are designed to be fast, forgiving and easy to swing clubs for golfers with slower swing speeds.

According to XXIO, the combination of lightweight and high balance point that makes XXIO Eleven “a game changer for moderate swing speed players.”

It’s the Weight Plus Technology, a collection of brass and rubber weight in the butt-end of each shaft, which improves the balance points of the club – which should help high handicappers to create a smooth swing.

The slice-fighting offset model features a four-piece 6-4 Titanium head. A Cup Face with Variable Face Thickness (VFT) technology is designed to deliver maximum power and distance from more contact points on the face.

The slope crown, which is deeper from face to back, helps create the high MOI. It’s a driver that delivers a powerful blow, and it’s easy to get airborne.

Meanwhile, slice-fighting technology in the offset model allows the face to square up at impact for a straighter ball flight.