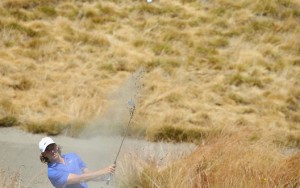 Tommy Fleetwood Blog: Change for the better There has been a lot of change in my world over recent months what with a new management company and a new coach, and I’m really pleased how things are going on both these fronts. Let’s start with the coach. That change came about because I’d been struggling for a little bit and felt I didn’t really have any direction to go in on my own. I did have a short-game coach before – Jamie Spence – but now I’ve started seeing Pete Cowen and Mike Walker. The big wake-up call was when I played a practice round at Doral with Graeme McDowell and Henrik Stenson. They both work with Pete, and as he was wandering round with them, I watched what they were doing. My game was terrible at the time, as I told you last month, but when you see the best players in the world up close like that… well, I could see that I was a long way behind them. They’re where I want to be, and you’ve got to be honest and realistic with yourself as to how you’re going to get to where they are. So the change was needed really. I think it was just a time when I needed to know what to do, and needed some guidance. To be able to work with Pete Cowen is a luxury – he doesn’t have that many players any more, and he’s given so much to the game. So we asked, and when he agreed, I was never going to give up the opportunity. Okay, he may be from Yorkshire while I’m from Lancashire, but when it comes to Pete Cowen, if he can make me better, then I’m prepared to put that to one side and make an exception! It’s been really exciting so far. We’ve spoken quite a bit and gone to work on things, and there are certain faults in my game that run all the way through from my chipping to my full shots. So what he’s got me working on now, I can practise my chipping and improve my long game at the same time, which is something I’d never really realised before. Golf Monthly Instruction It’s been going really well over the past few weeks with some very encouraging results, and it’s just nice to now have an idea when I’m practising and playing of what to do and what to work on. Beyond that, if it is going wrong, I now have a good sense of what’s going wrong and how to work my way out of it, which is great as I haven’t had that for a little while. Many players have certain swing faults, and with me it’s relying on manipulation in the hands to play well. Pete wants you to have as little manipulation as possible with the club as you’re coming into impact. I’ve always come in from the inside, flipped my hands over a bit … Continue reading Tommy Fleetwood Blog: Change for the better

Copy and paste this URL into your WordPress site to embed

Copy and paste this code into your site to embed