On his 50th birthday we take a look at some of the greatest moments from Lefty's illustrious career.

‘Lefty’ has produced some truly fantastic and iconic moments in the game of golf thanks to his illustrious and immensely successful career.

Given it is his 50th birthday today, we decided to take a look at some of the greatest. What first comes to your mind when you think of Phil Mickelson‘s career? Do not hesitate to let is know via our social media channels.

Phil Mickelson won his first PGA Tour event at the Northern Telecom Open by one stroke over Bob Tway and Tom Purtzer. The fact he was a 20-year-old amateur adds to the significant achievement. 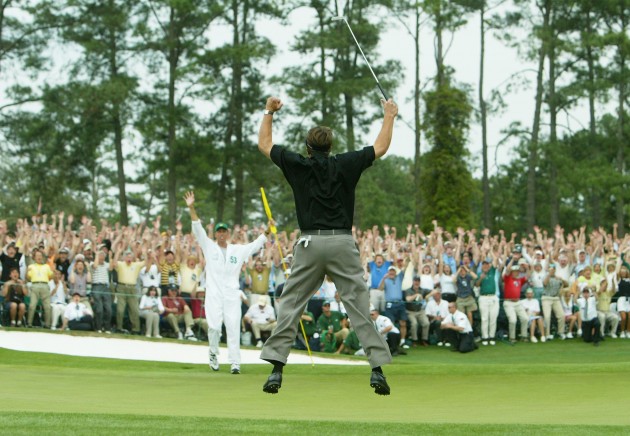 Major bridesmaid Phil finally got across the line despite Ernie Els firing two final-round eagles at him to set the clubhouse target. With a play-off looming, Phil coaxed a 20-footer in on 18 for his first Major, apparently with a little assistance from on high courtesy of his late grandfather.

The world’s two best players went head-to-head at Doral in 2005 at the Ford Championship. Mickelson played well too as he started the day with a two-stroke lead and shot 69.

Sadly for him Tiger shot 66 and won the tournament but it showed a mindset from Phil – he would never back down.

Thanks to a score of four-under at the Lower Course at Baltusrol Golf Club, Mickelson won his second Major title. The rain delayed much of the action on the Sunday which resulted in the tournament concluding on the Monday. Mickelson managed to secure the victory thanks to a stunning up-and-down on the last hole to win by one stroke. 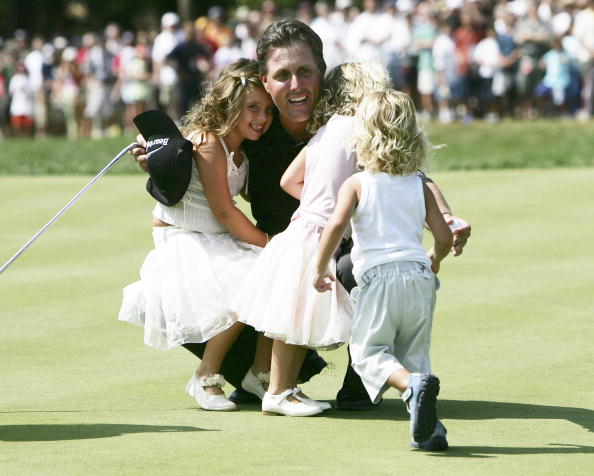 Mickelson won the very next event and the next Major too, firmly entrenching himself as the greatest left-handed player ever. He won by two strokes over Tim Clark in an imperious display that resulted in many asking whether he could do the Phil Slam. Sadly he could not as Phil had a tournament to forget at the 2006 US Open. Let’s not bring that up on his birthday…

In a year in which both his mother and wife were diagnosed with breast cancer, Mickelson managed to pull off an emotional victory at the 2009 Tour Championship . He managed to see off his old rival Tiger with a stunning 65 on the final day. 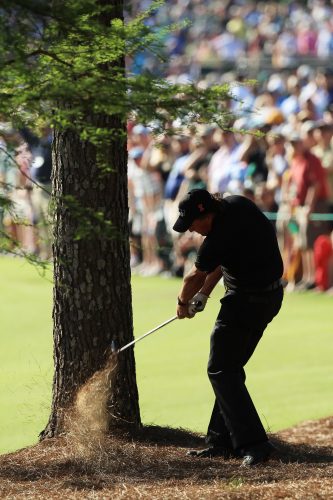 Back at the 2010 Masters, Mickelson was struggling with his driver throughout the round. A birdie on the 12th had given the American the lead for the first time, but a loose drive on the 13th meant he was in trouble, in the pine straw to the right of the fairway behind two trees.

Here was Lee Westwood’s chance to not only draw level, but possibly even retake the lead. But Mickelson played a remarkable 6-iron from 207 yards, between the trees, landing just over Rae’s Creek in front of the green and rolling up to just four feet from the hole.

He did miss the resulting eagle chance and Westwood also birdied the hole, but it was a body blow from which the Englishman never recovered, and Mickelson went on to win by three. Seldom has a shot been so well timed to grab momentum from an opponent, and in such spectacular fashion.

In a pivotal match on Sunday Phil Mickelson was 1up on Justin Rose on the 17th hole and he looked to be certain of a lead going into the last. Unfortunately for him Rose knocked in a 50-foot putt to make it square up the last.

Why is this a great Mickelson moment? Well as Rose was celebrating his putt going in, Mickelson was by the edge of the green smiling and clapping his opponent. It was awesome from everyone involved. 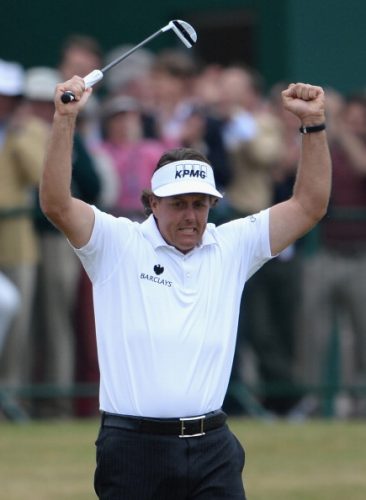 In 2013 there were many people who believed the best of Phil Mickelson’s career had been and gone. He wasn’t going to compete for a Major title again. Phil proved all of those people wrong at the 2013 Open Championship hosted at Muirfield.

On a tough final day for scoring, Lefty poured in six birdies to shoot a final round 66 (-5) to come from five strokes behind following the third round to win by three strokes. 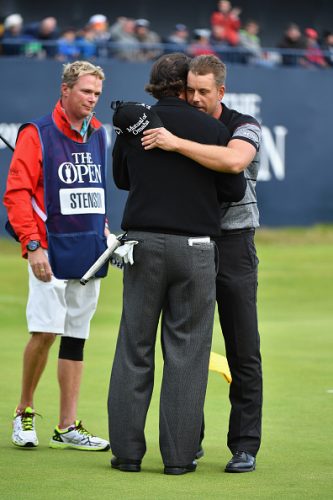 Three years on from his Muirfield triumph, Mickelson was again in serious contention as he and Swede Henrik Stenson battled it out at Royal Troon. The pair were producing some scintillating golf with Stenson finishing on 264 (-20) and Mickelson on 267 (-17).

Third place’s J.B. Holmes finished eleven shots behind second place on 278 (-6). In the final round Stenson shot an impressive 63 (-8) and Mickelson a bogey-free 65. He may have lost out, but it was another stunning moment in Mickelson’s career.

Phil Mickelson beat Tiger Woods on the 22nd hole of The Match at Shadow Creek on the outskirts of Las Vegas to win $9million.

Mickelson signed with Mizzen+Main in 2018 to wear their dress shirts on the course and attracted much attention for wearing them. The advert below also caused quite the stir too.