Bob May holes a putt during his play-off with Tiger Woods at Valhalla in 2000 Credit: Getty Images

Tiger Woods follows his shot during the final round of the 2000 USPGA Championship. [David Cannon/Getty Images]

Bob May in action from the rough on the 18th hole. He would hit his approach to 18 feet and hole the putt [Getty Images] 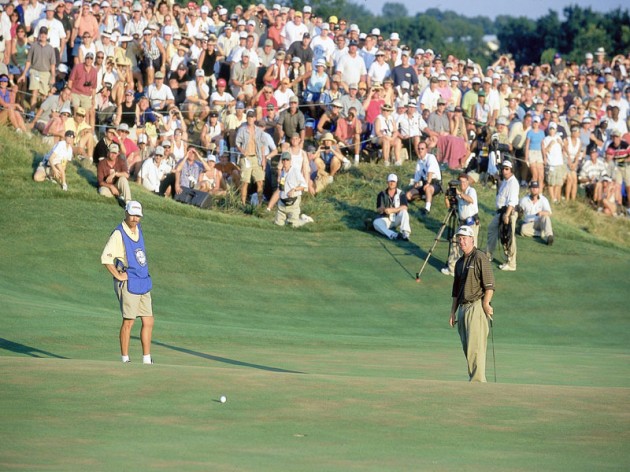 Woods had a one-shot lead after two play-off holes. On the par-5 18th, May narrowly missed this putt for birdie… [Getty Images]